Missouri Beers On Tap At The Boot

When you are looking for the best bar at the Lake of the Ozarks, we want you to think of us first. One way that we strive to make that happen is through the excellent draft beer options that we have to offer at Wobbly Boots Roadhouse.

Every day, we have a whopping 21 beers on tap. You will always find the old stand-bys, like Bud Light, Miller Lite, Sam Adams, and Blue Moon. The other taps change occasionally with seasonal beers and new brews that we would like to introduce to you. 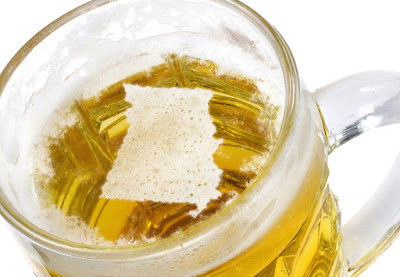 Today we are featuring a few Missouri beers that we have on tap right now. If you are a craft beer lover, then you'll want to come in and give these Show-Me-State beers a try. 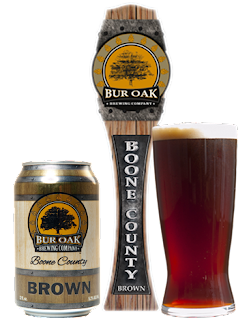 Not too far away in Columbia, you can find the Bur Oak Brewing Company. Their brewmasters deliver meticulously executed, yet approachable, stylistic craft beers that are made to bring communities together. We are currently featuring their Boone County Brown.

This American brown ale is a rich brown porter style beer. This mellow beer goes down easily and has a smooth finish. You will taste notes of dark chocolate and roasted coffee over a full bodied caramel backdrop. It pairs wonderfully with beef, roasted pork, BBQ, and chocolate desserts, which are all things that we just happen to serve right here at the Boot! 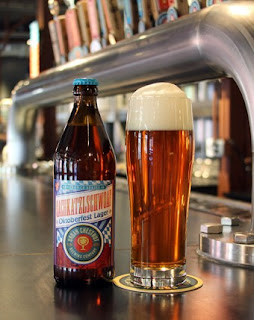 St. Louis is home to this company that categorizes their unique brewing philosophy as "Beer Divergency." It's a new world meets old world brewing approach, combining American beer & European beer styles. They have a long list of beers that they produce regularly, and the one that we have on tap right now is their Oktoberfest Lager - Oachkatzlschwoaf (pronounced "oh-khut-zel-schvoaf.")

This is brewed every year especially for their Oktoberfest celebration. It is malty, yet well balanced, much like the beer served at Okboterfest in Munich. It's a brilliant amber in color with great clarity, and has a slight sweetness balanced by floral hops.

Springfield Brewing Company -
Greene Ghost IPA & Paul's Pale Ale
SBC is a staple of the Springfield, MO downtown community. They brew one of a kind, supremely drinkable beers, and the have been doing that since 1997. They have received many awards over the years, including the World Beer Cup gold for their Mayhem Marzen.

Wobbly Boots Roadhouse proudly serves 2 beers from SBC. The first one, Paul's Pale Ale, is brewed year-round and is a tribute to the founder of the company, Paul Meuller. It has a lightly sweet caramel malt body that is balanced by big citrusy American hops. 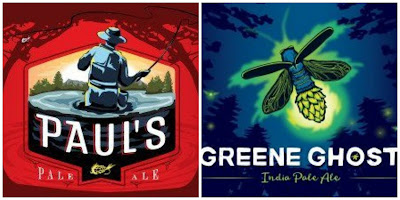 Their Greene Ghost IPA is only brewed June-November each year. It's flavor is kept in balance by the right blend of malts, the mashing profile, and fermentation control. In their own words, it "starts off with hops in the nose, then with a nice smack of hops on the kisser, followed by a lingering hoppy wonderfulness!" They suggest enjoying both of these brews with pulled pork nachos, which is one of our specialties! 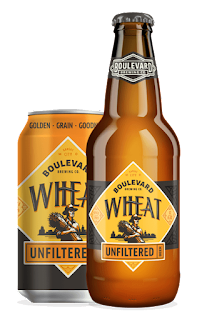 Boulevard Brewing Company -
Unfiltered Wheat Beer
From Kansas City, we've got beer from this company that has grown to be the largest specialty brewer in the Midwest. They distribute to 31 United States and Washington DC. Since 1989 the brewery has remained dedicated ot the craft of producing fresh, flavorful beers using traditional ingredients and the best of both old and new world brewing techniques.

We offer their America-style wheat beer, which is a lively, refreshing ale with a natural citrusy flavor and distinctive cloudy appearance. It's their most popular brew and the best-selling craft beer in the Midwest.


Let us pour you a pint!
The next time you belly up to the bar at our Lake of the Ozarks BBQ restaurant, order up one of Missouri's finest brews. These will change from time to time to allow us the chance to bring you even more varieties, so be sure to come in before some of these are gone. We open at 11 am daily for lunch, and the bar keeps serving late into the night. You can also join us for Happy Hour at Wobbly Boots Roadhouse every Monday-Friday from 3-6 pm, and all day every Sunday! 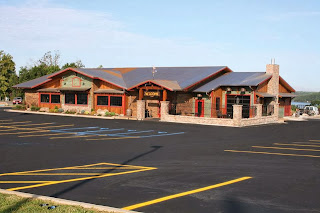 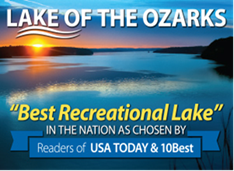