Classic American Food on the 4th of July

It's the 4th of July so Party like a Patriot!   There are American Flags adorning porches, red/white/blue are the colors of the day, families are BBQing and picnicking, and there are fireworks over the Lake. Classic American traditions bring a sense of pride and patriotism and include the food we eat over this holiday. The Wobbly Boots team thought it would be fun to explore the roots of some classic American food to get us ready! 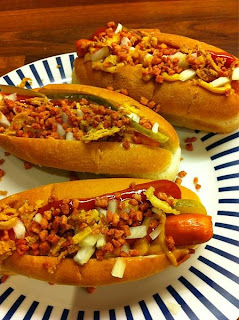 The Hot Dog - the true American classic!!! Many believe that the wife of Antonoine Feuchtwanger came up with the concept of a "hot dog on a bun" and sold them right here in Missouri on the streets of St Louis in 1880.  Originally, Mrs. Feuchtwanger (Gotta love the name) used white gloves to serve the "bunless" hot dogs to her customers, but found that her customers kept taking the white gloves to avoid burning their hands.  As a solution, Feuchtwanger came up with the idea of using the bun to hold the hot dog and keep her customers coming back for more.  Not only is the hot dog a staple item for every cookout but the spirit and history behind this entrepreneur make the Hot Dog a Classic American Tradition. 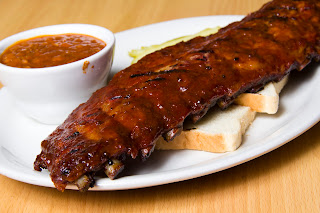 The American BBQ - whether you are referring to the cooking technique or the social gathering, BBQ resonates "All-American".  This tradition has been around since the 16th century and can be traced back to South Carolina.  The Indians first introduced the concept of slow cooking with smoke to the Spanish immigrants and in the early 16th century, Europeans learned to prepare "real" barbecue.   The love of barbecue has spread to national competitions and events all over the United States like The American Barbecue Contest held in MO and Memphis in May festival in Tennessee.  Just ask about our award winning BBQ and we will show you our trophies!! 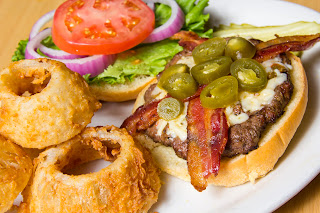 The All-American Hamburger - you won't find too many cookouts that don't offer a juicy grilled burger at their 4th of July celebration.  This classic item dates back to the 18th century and was introduced to the United States by the German Immigrants.  The burger was a standard meal among the poorer classes in the seaport town of Hamburg, Germany where it acquired the name Hamburg Steak.   In the streets of New York, food stands would offer the "steak cooked in the Hamburg Style" to attract the German Sailors.  Soon the food became an American favorite and was first listed on an American menu in 1826 at Delmonico's in New York.  Come try some of the best burgers at the lake of the ozarks at Wobbly Boots...you won't be disappointed. 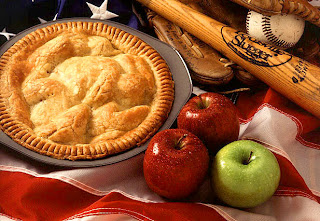 "As American as Apple Pie" -  Apple pie was a common desert served in the early colonies in the18th century but the saying become popular in the19th century.  This saying implied that something or someone was truly "American".  The saying, as well as apple pie, was tied to American prosperity and national pride.  American soldiers asked why they were going to war during WWII often answered "for Mom and apple pie" which created an even stronger bond between American tradition and the pastry.  Throw you diet aside and strengthen your American roots this fourth of July by diving into a slice of good 'ole American Apple pie!!  (Photo by Scott Bauer)

Don't forget that Wobbly Boots Roadhouse has many American Classic menu items and is a great place to enjoy your fourth of July weekend.