The votes are in! After serving outstanding BBQ the Lake of the Ozarks for several years, five of our menu items have risen above the rest. We sell more of these five items than anything else on our menu! Do you have a guess?

Here is the countdown to the top five most popular menu selections at Wobbly Boots Roadhouse! 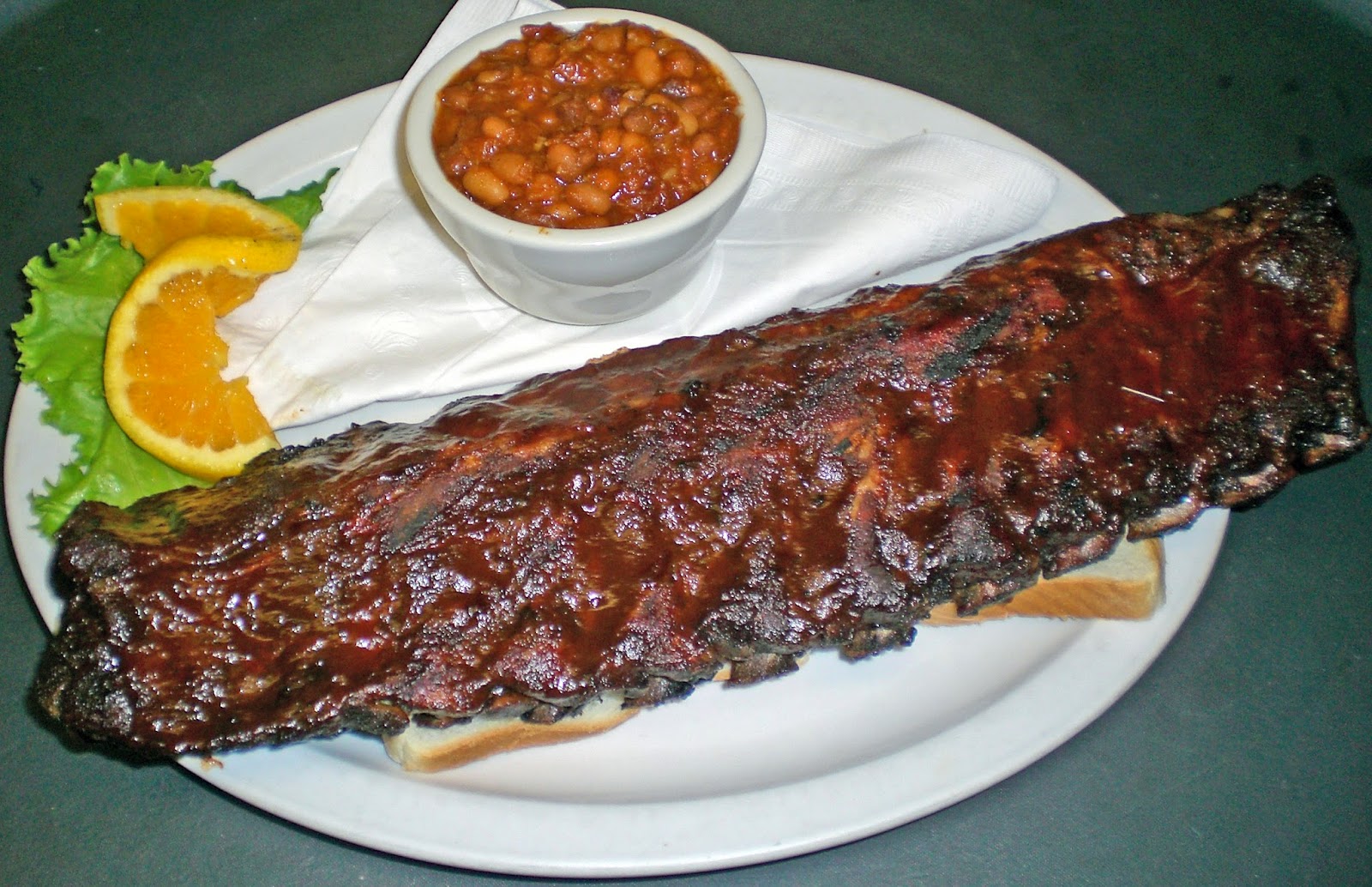 #5 - BABY BACK RIBS
Incredible BBQ is what we're known for, and nothing shows it better than our Baby Back Ribs! Available in a full slab or a half of a slab, these tender, meaty ribs are coated in our house-made dry rub and slow cooked to perfection. Before serving, our ribs are lightly grilled and basted in our secret-recipe sauce. It's no wonder this amazing creation made the top five!

#4 - PULLED PORK SANDWICH
If you've never tried the pulled pork sandwich at our Lake of the Ozarks BBQ restaurant, you are definitely missing out! The secret lies in our slow cooking routine - all of our pork is cooked over hickory for fifteen hours! It's then hand-pulled and hand-trimmed by our talented cooks before being served with your choice of side. What's not to love? 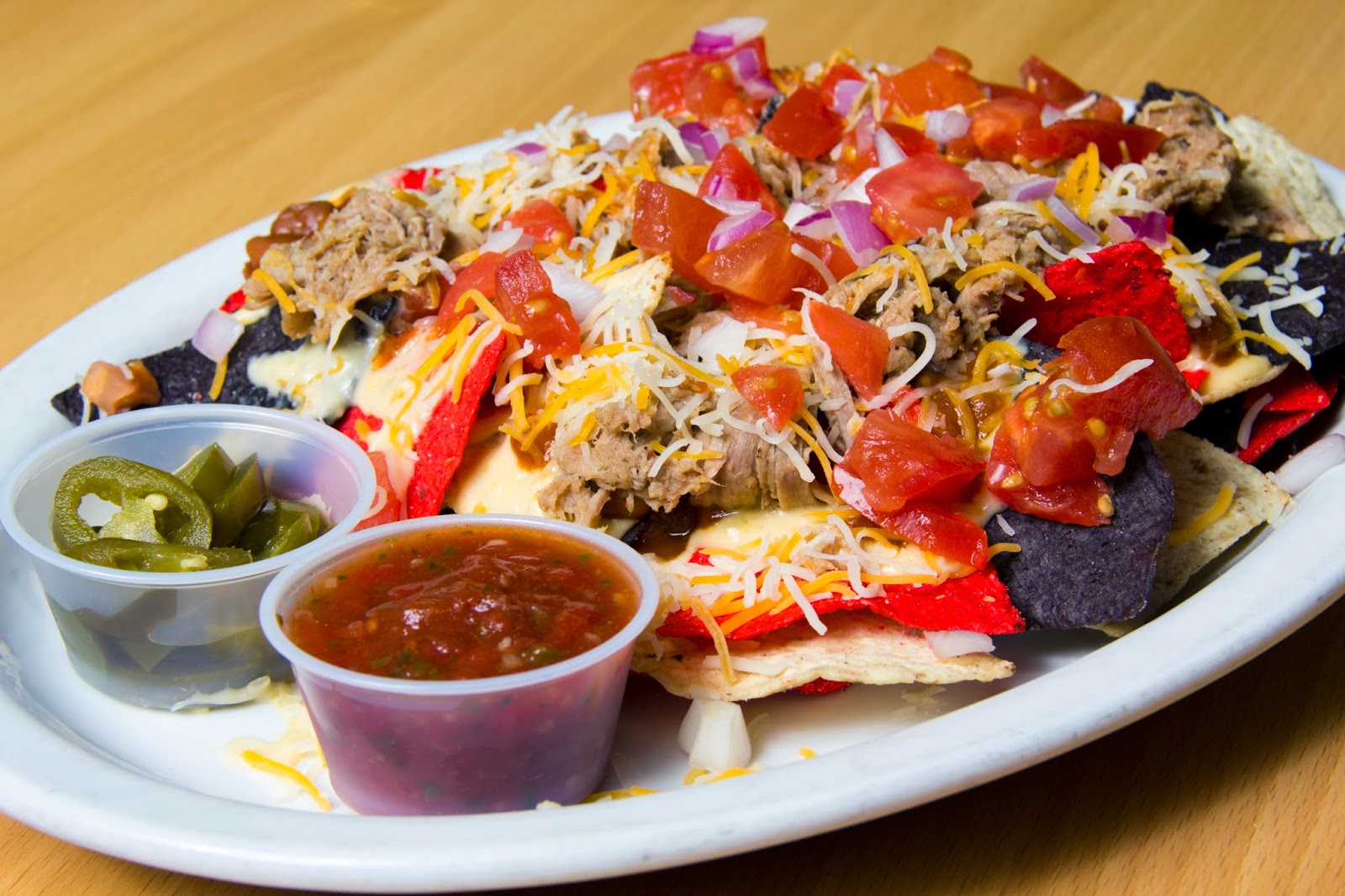 #3 - BBQ Nachos
Everybody loves nachos, and everybody loves BBQ... so we figured we'd combine the two to create everyone's new favorite food! These tri-colored tortilla chips are smothered in spicy queso sauce and topped with smoked pulled pork, baked beans, cheddar-jack cheese, tomatoes, and onions. To make it even better, all of our nachos are served with sides of salsa, sour cream, and even jalapenos. You're going to have to see it to believe it!

#2 - ONION RINGS
Our onion rings are technically appetizers or sides, but you could practically make a meal out of them all on their own! Our huge onion rings are bathed in buttermilk, hand-breaded in our seasoned flour, and fried to golden brown. We serve all of our onion rings with a side of chipotle ranch. It's easy to see why these generous portions go by so quickly! 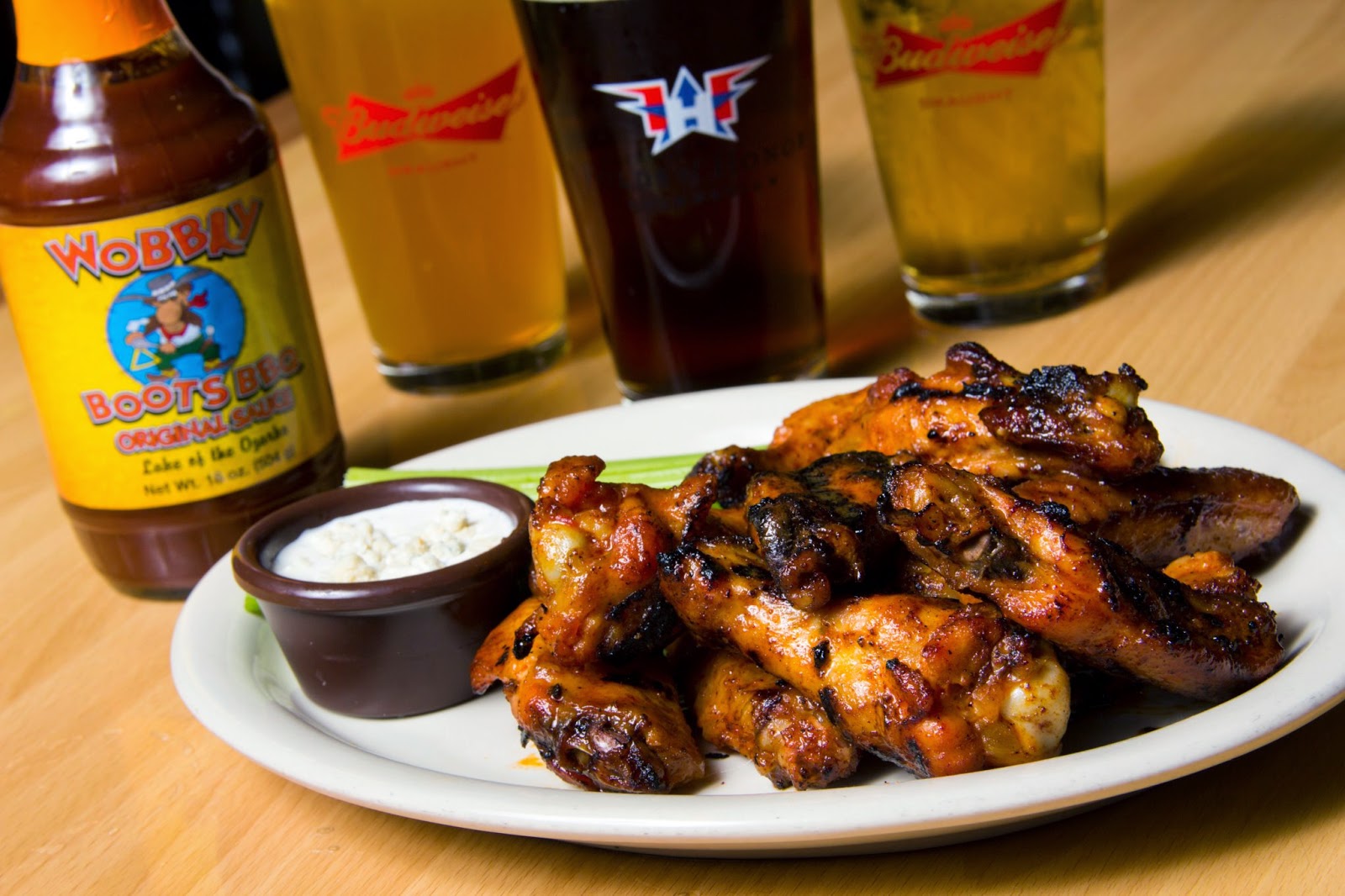 #1 - WOBBLY WINGS
The votes are in -- Wobbly Boots' Award-Winning Wings are officially the BEST-SELLING menu selection we have! These juicy jumbo chicken wings are coated in our house dry rub and slow-roasted in our hickory pit, then served with your choice of ranch or bleu cheese dressing! Our wings are also available plain or with your choice of four sauces:

Our wings are available in servings of five, ten, twenty, or thirty. Hurry in and get yours today!

See You Soon at Wobbly Boots!
Who's ready for the best barbecue at the Lake of the Ozarks? If you're craving something slow-smoked and coated in BBQ sauce, it's time to head out to Wobbly Boots Roadhouse. Don't forget to wash it all down with one of our signature mixed drinks or beers! 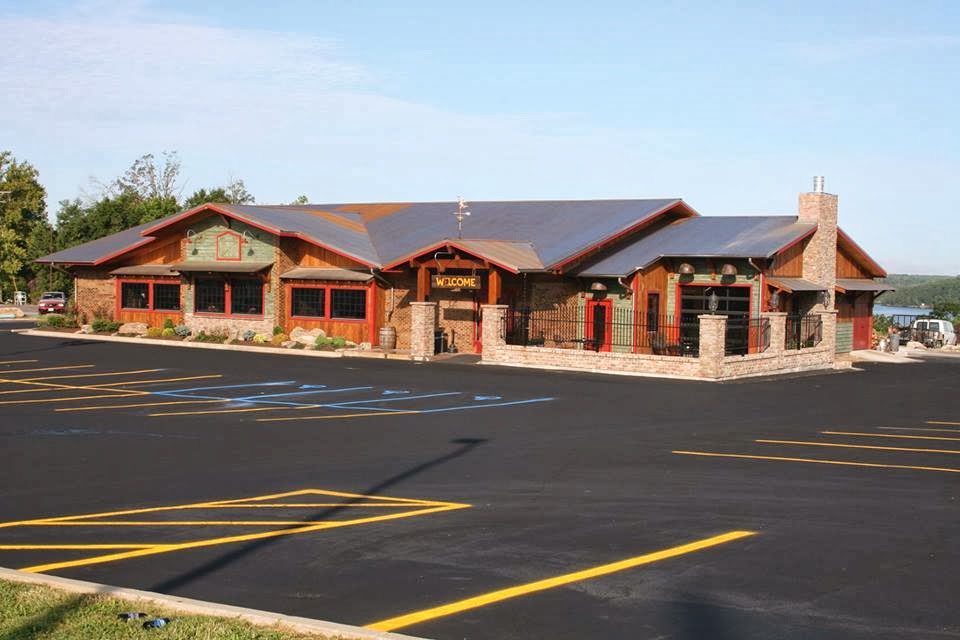 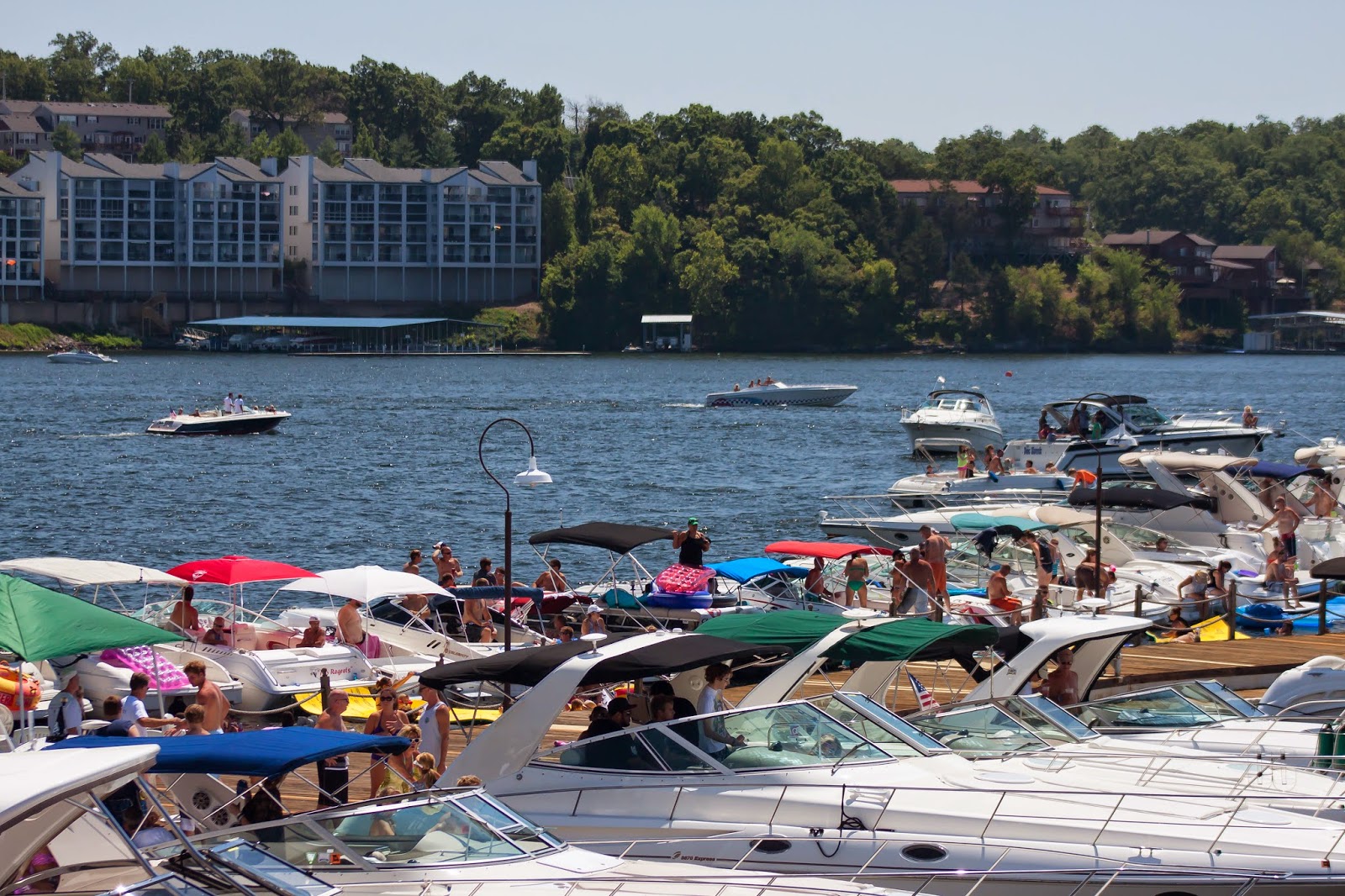 Spring is finally returning to the Lake of the Ozarks! After a long winter, our sister restaurants Dog Days and Shorty Pants are now open for the 2015 season. If you haven't been over to check them out yet, you're missing out! Here's a quick glance at all of the great things happening there this summer. 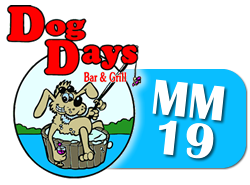 As the best waterfront restaurant at the Lake of the Ozarks, Dog Days is always busy! With a long, expansive menu and talented, creative bartenders, Dog Days is the only place to go when you're looking for a party! Dog Days also hosts some of the best summer events at the Lake of the Ozarks, including Canine Cannonball and AquaPalooza! Put these dates on your calendars now:
It should be another outstanding summer at Dog Days. See you there!

Shorty Pants Lounge is the ONLY place you can go to get authentic Cajun cuisine at the Lake of the Ozarks. Why spend all that money on gas or a plane ticket to the South when you can get all your po' boys and gumbo right here at the Lake? We promise you won't be disappointed!

Shorty Pants is also the location of the best gas dock at the Lake of the Ozarks - they've been voted best gas dock for the past five years! Next time you're out enjoying some sunshine on the water, don't forget to swing by Shorty Pants Lounge for gas and party supplies at their c-store.

Don't Forget About Wobbly Boots For All Your BBQ Needs!

Delicious burgers and outstanding Cajun food will get you far, but they can't satisfy your cravings for slow-smoked BBQ. Next time you get a hankering for BBQ that's been slow-cooked to perfection, come by and see us at Wobbly Boots Roadhouse for the BEST barbecue at the Lake of the Ozarks.

Who's looking for a GREAT time this weekend? With St. Patrick's Day on a Tuesday this year, everyone is planning on celebrating a little early - which means that the party is ON for this weekend at Wobbly Boots Roadhouse!

Here's a quick glance at all of the great things waiting for you at Wobbly Boots this weekend.

Wobbly Boots is famous for serving the BEST BBQ at the Lake of the Ozarks, and this weekend isn't going to be any different! What are you craving? Succulent prime rib? Generous portions of outstanding wings? Beef brisket that's been smoked to perfection? No matter what your taste buds need, you're sure to find it at Wobbly Boots. 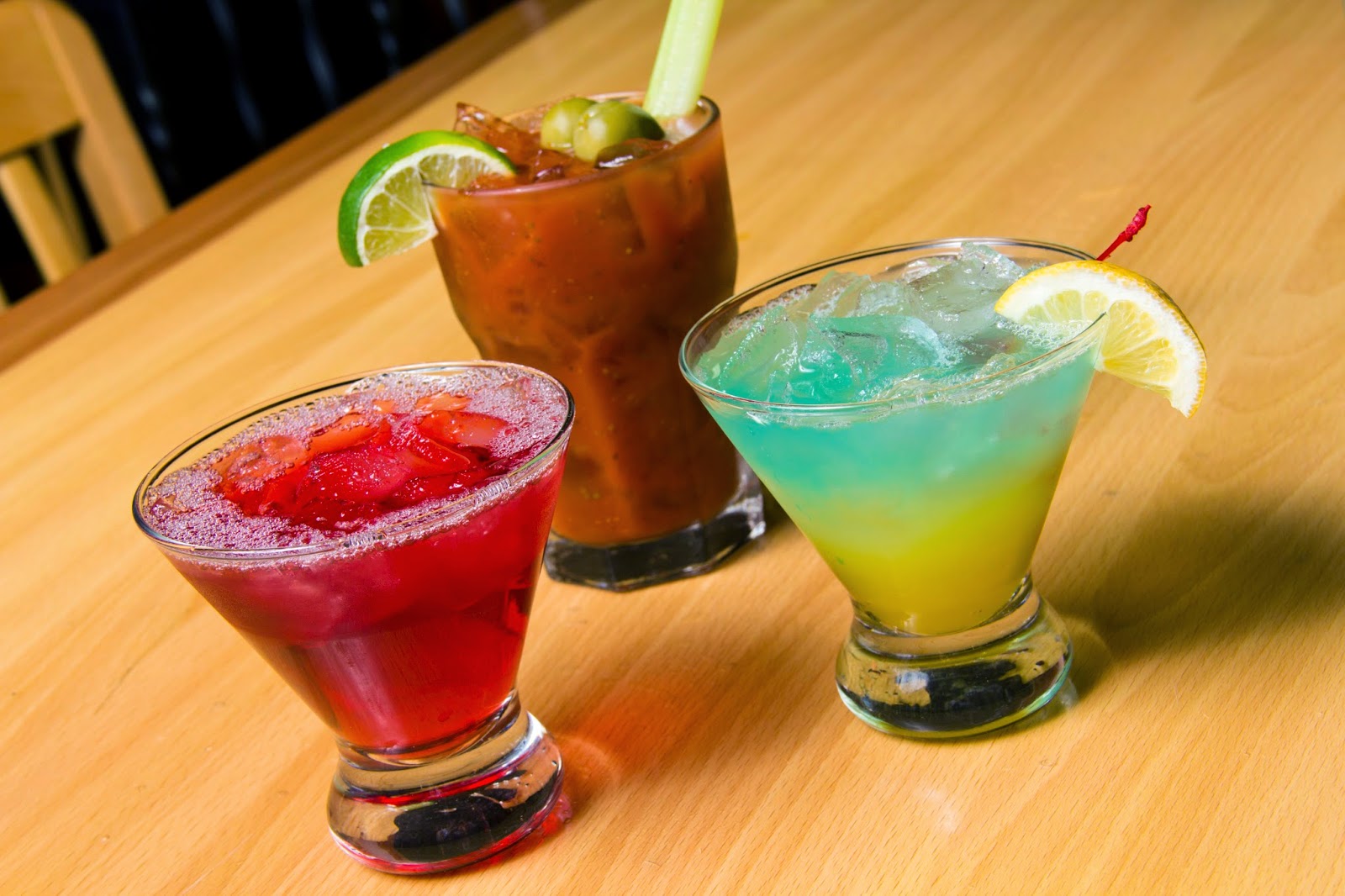 It's time to honor that Irish heritage! We don't care if you actually have Irish blood in you or not - our talented bartenders won't discriminate! Come on out to Wobbly Boots this weekend for the best cocktails at the Lake of the Ozarks... You know you want to!

Who wants to PARTY this weekend? If you're looking for the best place to celebrate St. Patrick's Day Weekend at the Lake of the Ozarks, you'll find it at Wobbly Boots Roadhouse. Don't wait and hear about it from your friends - grab your bright green accessories and join us on Saturday, March 14th at 4:00 PM for the party of a lifetime!

The team at Wobbly Boots hope you and your friends have an absolutely stellar St. Patrick's Day. We'd love to celebrate with you!

If any of these situations apply to you, then this blog post is for you! You may be the world's biggest BBQ fan, but how much do you know about this delicious American tradition? The team at Wobbly Boots Roadhouse is here to make you the SMARTEST barbecue fanatic in the room with these crazy facts about BBQ. 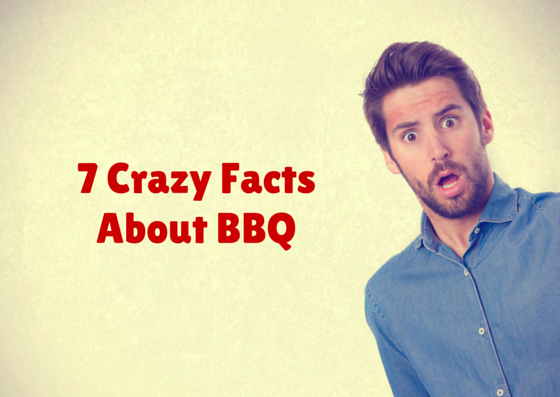 1. President Lyndon B. Johnson is credited with bringing BBQ to the White House. If he'd lived at the Lake of the Ozarks, though, he would have OBVIOUSLY come to Wobbly Boots instead!

2. The most popular holidays to enjoy BBQ are (in order) the 4th of July, Memorial Day, and Labor Day. So mark your calendars NOW and make your plans to come celebrate at the best BBQ restaurant at the Lake of the Ozarks!

3. In Wisconsin, authorities once arrested a man who broke into someone's home while covered completely in BBQ sauce. He claimed the BBQ sauce served as "urban camouflage." While we wouldn't recommend breaking into someone's house, you can purchase Wobbly Boots' secret-recipe BBQ sauce for the next time you need to go undercover!

4. May is officially National BBQ Month. Who's excited to observe this important month at Wobbly Boots Roadhouse? 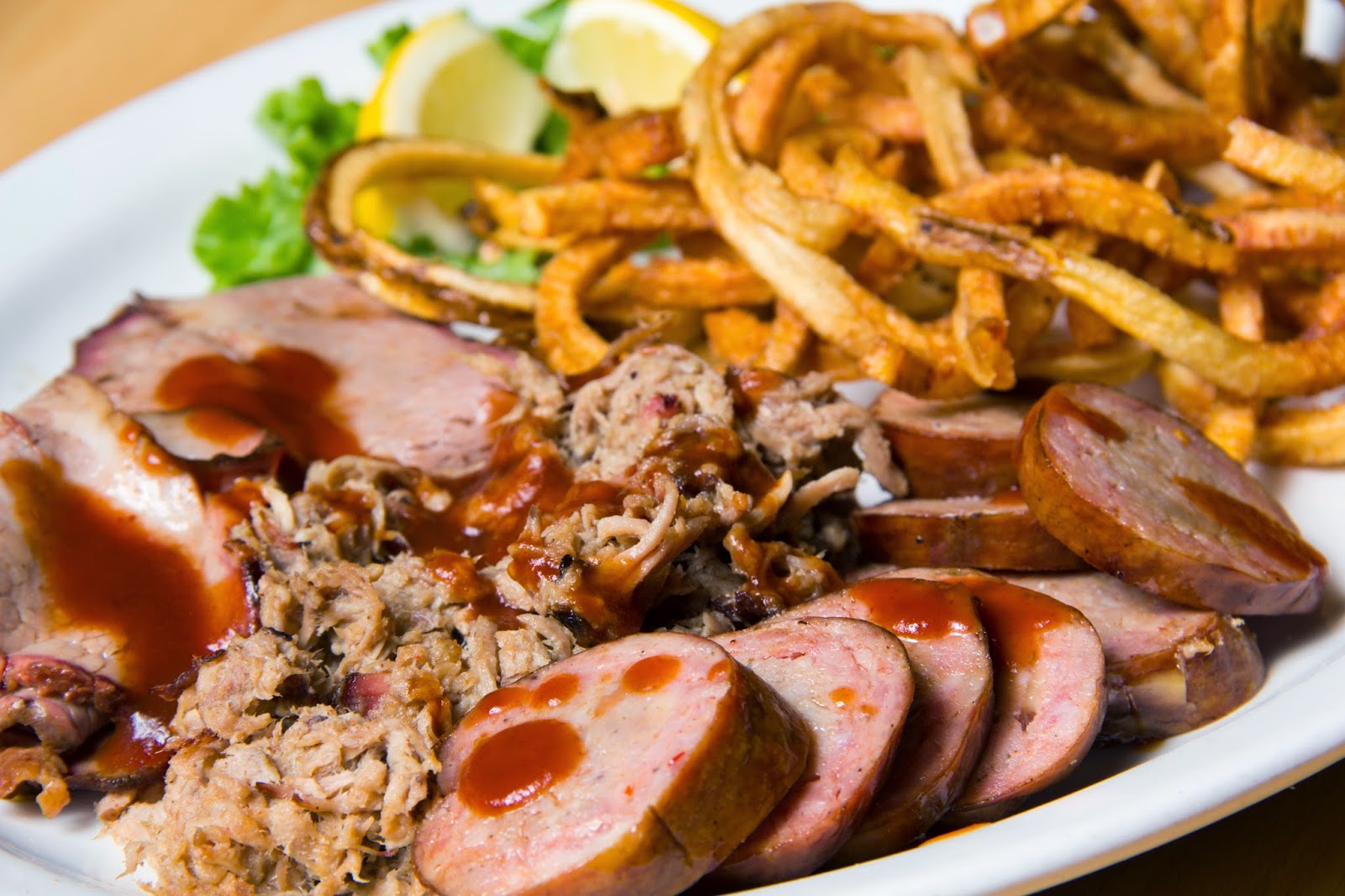 6. Barbecuing is a competitive sport. And there is BIG prize money to be made! Wobbly Boots has the inspiration you need to become the next BBQ champion.

7. The most popular foods to BBQ are (in order) brisket, pork butt, ribs, and chicken... cooked low and slow. No matter which BBQ tradition you're craving, Wobbly Boots Roadhouse is sure to have the cure!

You're Invited to Wobbly Boots!

Thanks so much to all of our loyal friends and customers for voting Wobbly Boots Roadhouse Best BBQ at the Lake of the Ozarks several time over! Next time you've got a hankering for outstanding BBQ, we invite you to come try one of the outstanding menu selections at our famous barbecue restaurant. We promise you WON'T be disappointed!